in the city center, in a pool, in the sea, in a river

There’s no-one in the room / in the building / in the garden.

What have you got in your hand / in your mouth?

When we were in Italy, we spent a few days in Venice.

I have a friend who lives in a small village in the mountains.

There were some people swimming in the pool / in the sea / in the river.

at the bus stop, at the door, at the roundabout, at reception

Who is that man standing at the bus stop / at the door / at the window?

Turn left at the traffic lights / at the church / at the roundabout / at the junction.

We have to get off the bus at the next stop.

When you leave the hotel, please leave your key at reception.

on her nose, on a page, on an island

There’s dirty mark on the wall / on the ceiling / on your nose / on your shirt.

The hotel is on a small island in the middle of a lake.

Compare in and at:

There were a lot of people in the shop. It was very crowded.

Go along this road, then turn left at the shop.

I’ll meet you in the hotel lobby.

I’ll meet you at the entrance to the hotel.

Compare in and on:

There is some water in the bottle.

There is a label on the bottle.

Compare at and on:

There is somebody at the door. Shall I go and see who it is?

There is a notice on the door. It says ‘Do not disturb’. 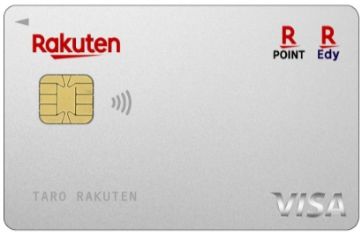 in a department, in a book, in a paper, in a magazine, in a letter,

When I go to the cinema, I like to sit in the front row.

James isn’t up yet, He’s still in bed.

It was a lovely day. There wasn’t a cloud in the sky.

Who is the woman in that photo?

Have you seen this picture in today’s paper?

In Britain we drive on the left. or …on the left-hand side.

Our apartment is on the second floor of the building.

Have you ever worked on a farm?

Budapest is on the (River) Danube.

The town where you live – is it on the coast or island?

We stopped to buy some things in a shop on the way home.

Write your name at the top of the page.

Jane’s house is at the other end of the street.

at the top of the pageまたはbottomというのは、そのページの中で一番上とか下です。

in the front, in the back of a car

I was sitting in the back (of a car) when we crashed.

at the front, at the back of a building / theatre / group of people

The garden is at the back of the house.

Let’s sit at the front (of the cinema)

We were at the back, so we couldn’t see very well.

on the front, on the back of a letter, piece of paper

I wrote the date on the back of the photo.

in the corner of a room

The TV is in the corner of the room.

There is a small shop at/on the corner of the street.

in hospital, in prison, in jail

Anna’s mother is in hospital.

at work, at school, at university, at college

Julia is studying chemistry at university.

Shall we go out a restaurant or eat at home?

At a party / at a concert

Were there many people at the party / at the meeting / at the wedding?

I saw Steve at a conference / at a concert on Saturday.

We went to a concert at the National Concert Hall.

The meeting took place at the company’s head office in Frankfurt.

There was a robbery at the supermarket.

at the station / at the airport:

There’s no need to meet me at the station. I can get a taxi.

at somebody’s house / at the doctor’s / at the hairdresser’s:

We had dinner at the hotel.

All the rooms in the hotel have air conditioning. (not at the hotel)

I was at Helen’s (house) last night.

The Louvre is a famous art museum in Paris. (not at Paris)

Sam’s parents live in a village in the south of France. (not at village)

Does this train stop at Oxford?

The bus was very full. There were too many people on it.

Laure arrived in a taxi.

Jane passed me on her bike.

Iconic One Theme | Powered by Wordpress